Blockchain. Where? What? What for?

During recent years Blockchain technology has become ingrained in our lives and bitcoin has come to be a dream of each and every Internet user. It was the reason for rapid increase in in wealth of shrewd people, who back then bought a few bitcoins, for fun or foresighting its success.

This new gold was coined in 2009 by Satoshi Nakamoto (the pseudonym of a programmer or a group of programmers), who to this day remains incognito. Gradually, the popularity of Bitcoin grew, the number of participants and miners increased, developers became more familiar with the blockchain technology and began to use it not only in operations with cryptocurrency, but also in many other systems. And the blockchain evolved from the technology for geeks to the technology for millions. 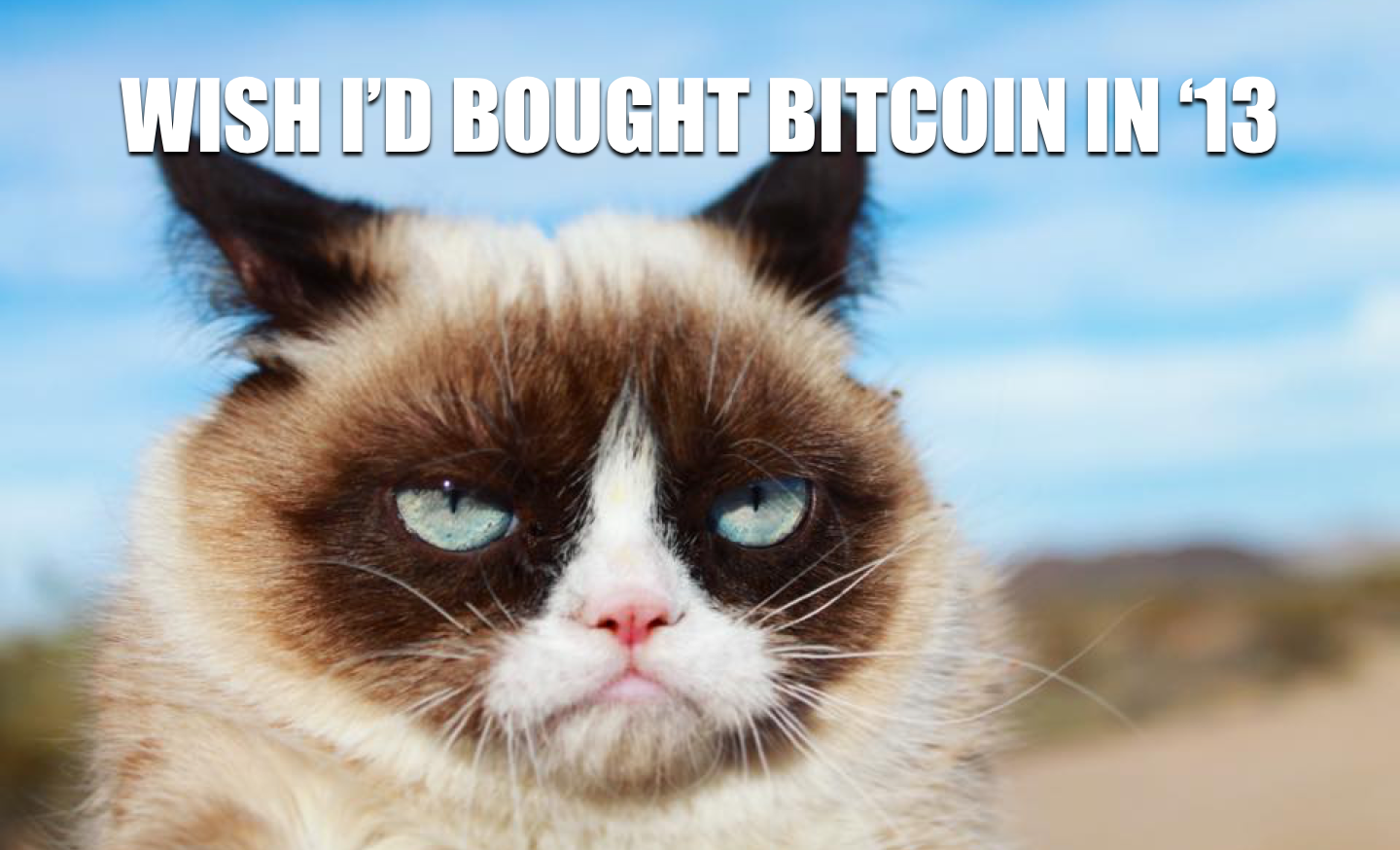 Many regretted they had not purchased Bitcoins before © January 26 Grumpy Cat Media photo.

The main peculiarity of this technology is the availability and stability of data. Once any information is added to the block, we can be sure that it will remain unchanged. This does not happen because of the integrity of its keepers, but due to the intricate algorithm that will not allow anyone to change anything.

Afterwards, the key to the box is buried deep in a large field and the miners try to find it, and when someone finds the key, that person puts a flag in place the key was found, so that any of the miners can make sure that the key is really found. (A photo of the location of this key is also glued to the box). It is difficult to find the key and this can be done only through an exhaustive search method (digging holes). The difficulty of finding the key is governed by the size of the field. The bitcoin system is designed the way miners have 10 minutes to find the key. On top of that with the number of miners gets larger, the field size increases too. If it gets lesser, it respectively decreases in order to maintain a stable time for the key search. The complexity (field size) is recalculated every two weeks. 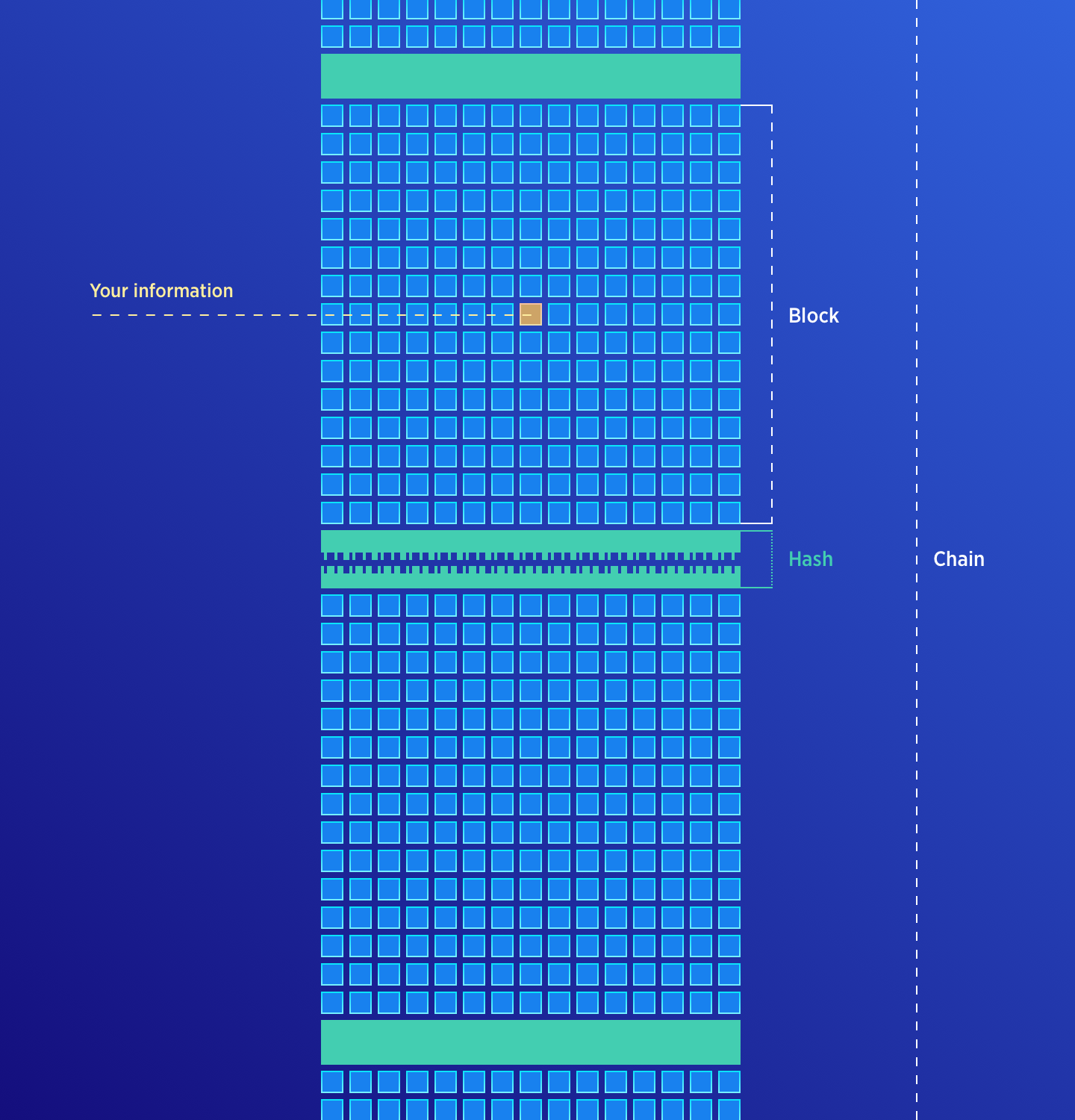 Your data is safely stored in the blockchain

Where to use blockchain?

Mainly blockchain technology facilitates for financial instruments such as Bitcoin cryptocurrency. However its main features can find application in various types of businesses: reduction of the administration’s cost administration, elimination of intermediaries, speeding up transactions, encryption, smart contracts, decentralization of databases, etc. Studies say that the savings of financial institutions with the introduction of blockchain can be up to 80%.

In 2017, the Central Bank of Canada, the Toronto Stock Exchange operator TMX Group and Payments Canada, have already begun trial testing of the blockchain technology to automate securities settlements. The immutability of information can also be used in authorship and ownership. All participants can be sure that their ownership will not be changed and no one will rewrite, say, your apartment to themselves. An example of such a business can be AScribe, which helps artists and other creative people to preserve authorship using the blockchain technology. Here the creation of digital materials occurs with the help of identifiers and digital certificates confirming the right of ownership. Any user can easily buy or sell digital content.

Blockchain can also help in transactions with commodities and raw materials and in the energy sector. From the moment the goods are created, data about it is entered into the blockchain database and in the future all transactions related to these goods are displayed in it, which allows to avoid unnecessary intermediaries and speed up the transactions. 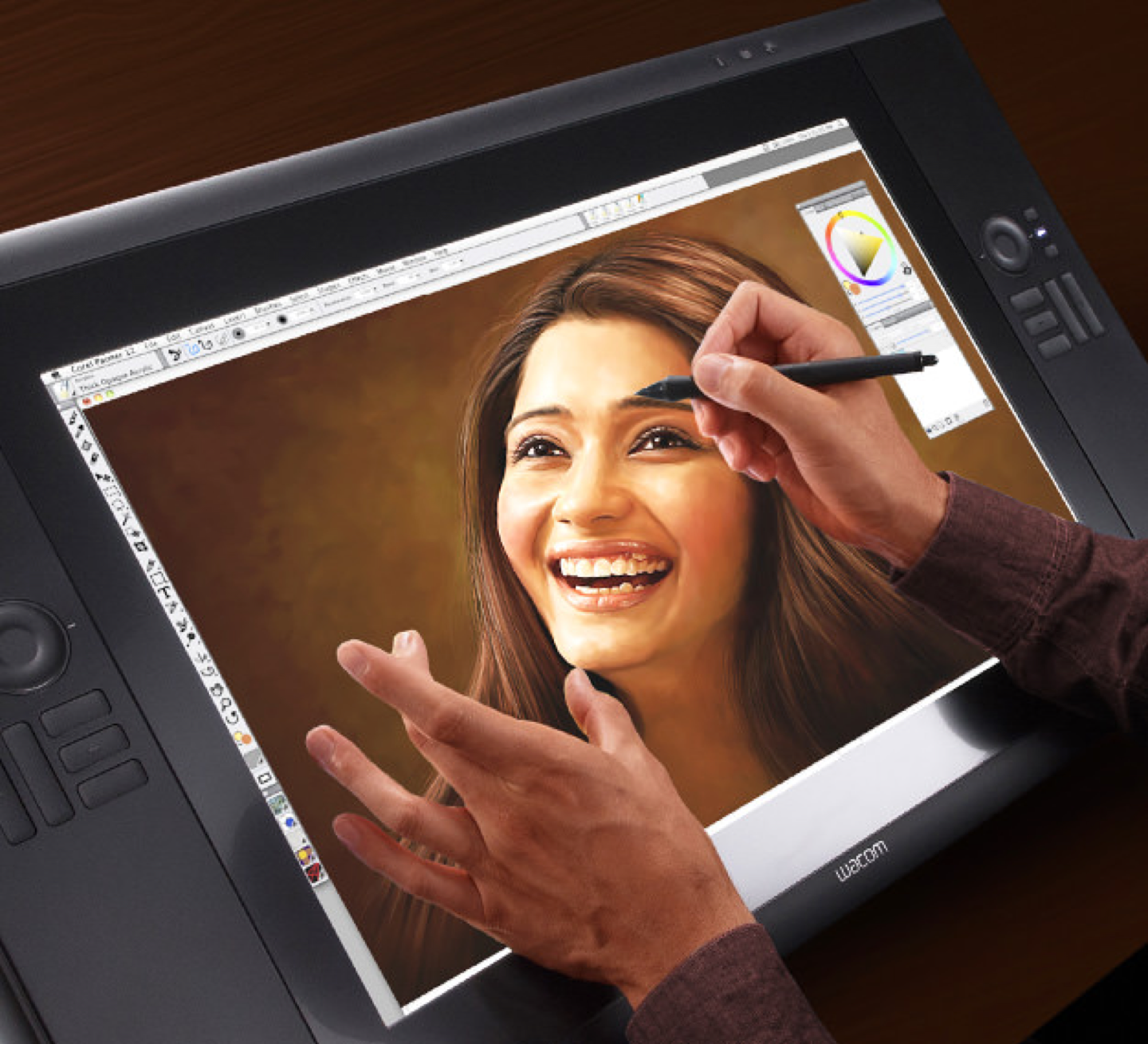 Goldbloc decided to anchor gold to financial systems again. The company has created gold-backed cryptocurrency, which makes the process of managing gold and currency investments more transparent. The vital problem of fair voting can also be solved with the help of the blockchain. The inalterability of your vote and the convenience of voting, what else is needed in any democratic country?

Organization of private and public administration. Reduction of bureaucracy, improvement of the quality of work and reduction in the time need to count the votes.

The first test of such a system occurred in Sierra Leone during the presidential elections. The technology was used to count the votes.

Blocks are irreversible. That is the core of the technology © Blockchain Infographic by IBM

The Swiss city of Zug can become a leader in the process of implementing the blockchain in the voting process. The pilot project was launched in June 2018 in the form of a questionnaire on a website. Questions were quite simple like “Should the city arrange fireworks on the day of the city?”. In the future, it is planned to give each resident an ID code by which they will be able to vote for any decisions. Kyiv also tries to keep up. In February of the 16th year, a group of volunteers signed a memorandum on the development of the blockchain service for voting E-vox, which is designed to ensure the transparency of the voting results and exclude intermediaries from the counting of votes.

The technology should be used in activities, where full confidence of all participants is needed and the inalterability of information is important. The blockchain in conjunction with smart contracts perfectly fulfills the role of a guard of your data, a trustee whose intermediary we hire and pay a commission to ensure the correctness of the transaction.

Where not to use blockchain?

First and foremost, you need to decide how important it is for you to have absolute confidence in your system and to ensure that the data stored in your system is unchanged. With finances and property, trust is a cornerstone, no one wants to be deceived for a penny, no one wants even the slightest probability that their apartment will be put to the ownership of anyone else. But when organizing an online store, the absolute certainty that nothing will change in the history of orders is not that important. It is worth thinking what exactly the absolute confidence in the inalterability of your data will bring to your business. Maybe a level of trust in your company is good enough already. For example, Visa spends millions of money transactions, but its credibility is as high as most banks and other non-blockchain financial institutions.

It should be considered that the integration and maintenance of blockchain is not a cheap thing. You (or your clients) will have to pay for each megabyte of information and for each transaction. And since the soar of technology’s popularity and the lack of a sufficient number of specialists in the field the blockchain development is quite expensive. Is the game worth the candle?

In addition, there are two more major problems: the size of the Bitcoin database is now 200 GB. And the biggest part of this was contributed over the past year. It will become more and more difficult to maintain the growing volume over time. The second point is that, Blockchain and Etherium, spend about one million US dollars every day to maintain transactions in the cost of electricity (excluding the amortization cost of video cards).

Think about whether you want to add technology to your business just because of fashion and general interest, or does it really allow your business to better interact with customers and reach a new level?

Blockchain is undoubtedly a very important and useful technology that is changing the world right now. It will bring us more trust, and therefore less intermediaries and costs for them, decentralization of information and much more useful things.

New products, new approaches and new businesses will come out of this hype. Of course this is not a panacea, but definitely not a mountain out of a molehill. As with everything, one needs to approach the selection and implementation of this technology wisely, weigh the pros and cons, read articles, talk with experts, make your choice as informed as possible. With a reasonable approach, the blockchain will bring you new customers and increase the confidence of old ones, help save money and optimize staff, while unreasonable one can increase costs and perplex the management and support of existing solutions.

The choice is yours and let it be well-considered. 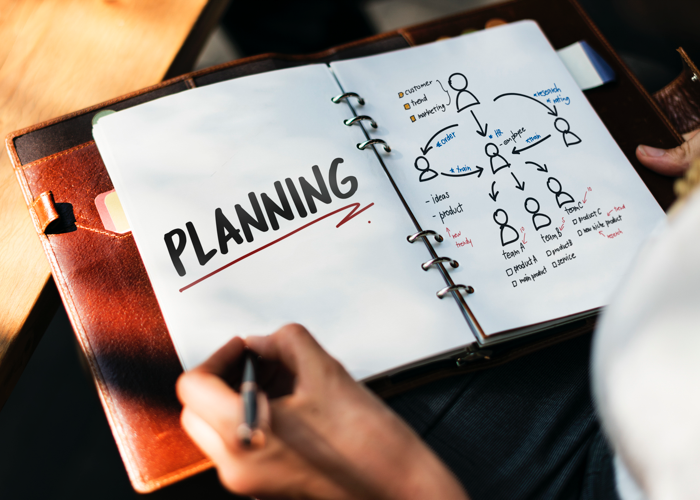 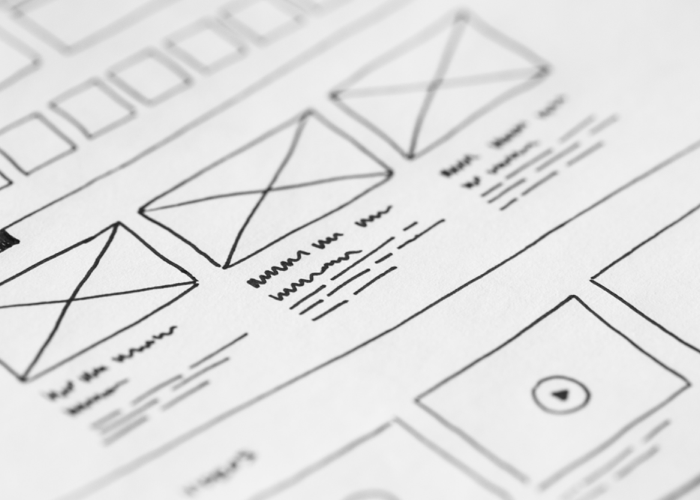 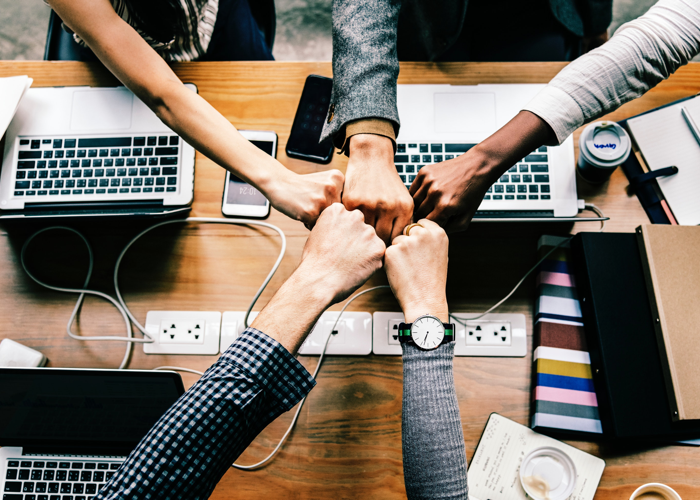 Blockchain. Where? What? What for?
Thank you!
We will contact you soon!